Sign in
Sign in
Welcome!Log into your account
Forgot your password?
Privacy Policy
Password recovery
Recover your password
Major Dominates
Home Latest Android Games Dream League Soccer 2020 Release Date – When is DLS 20 coming...
First Touch Soccer‘s Dream League football Series has perpetually been favorite with Android Soccer Game Community. The game has all-time +100,000,000 downloads, although the 2019 Edition faced a little bit of opposition from the fans because the games were hardly modified & almost everything was the same. However the game continued to be within the hearts of the users. 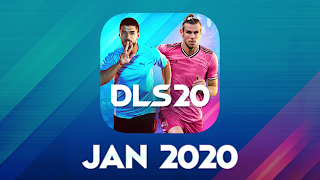 So finally DLS 20 is Released in Playstore in a few Countries. The graphics are really sick and they have added a lot of features in the game. You can download the game from the download button below.

However First Touch Games uploaded a small teaser on 10th December clearing the dates to be in January 2020. Although the game is already present in Playstore in few countries. This is good news as it seems like Developers are really busy cooking DLS 2020 Updates with the expectation of the audience.

Champions of the Fields (COF) Apk Obb for Android