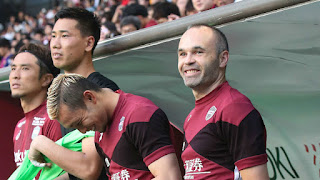 Vissel Kobe is a Japanese expert football club, at present playing in the J1 League. The group is situated in Kobe, Hyōgo Prefecture. The Club’s home arena is Kobe Wing Stadium, in Hyōgo-Ku, however, some home matches are played at Kobe Universiade Memorial Stadium in Suma-Ku. The club was established in 1966. In 2018, Vissel marked the 2010 FIFA World Cup victor Andrés Iniesta from FC Barcelona.