DLS 21 Release Date: Last year DLS 20 was released in January 2020, This year also the fans were so excited to download their favorite game, Dream League Soccer 2021. One of the most common questions by DLS fans is ‘When is Dls 21 coming out?‘ 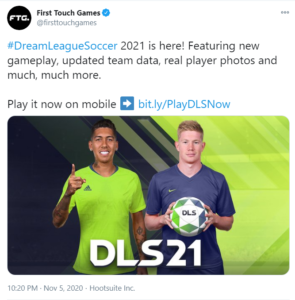 Dream League Soccer is one of the most downloaded soccer games on Android. It is best suited for medium to low-level devices. It is just a 320 MB game, unlike other games that are more than 1.5 GB so it is not accessible by everyone.